Why is household debt through the roof?

Why is household debt through the roof? 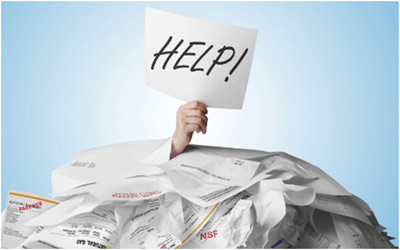 There is no doubt that many of us struggle with debts from time to time, some more than others, however what’s alarming is how now much household debt some people have.

With interest rates at all-time lows, at least with housing, why are we in more debt than ever?

It’s a complex question however I think there are several factors that are contributing to this impending tsunami of debt.

While some areas of lending are definitely firming up such as home and business loans, the banks and other lenders still seem quite happy to approve high interest rate products like credit cards and payday style loans. It’s no mystery why really, after all, where else is a lender going to generate those sorts of returns?

We regularly see people with far from excessive incomes that have over $100,000.00 of credit card debt. I mean how is that even possible? However, there it is, $100,000.00 burning away at up to 20% interest, sometimes more. Many of these people never even touch the principle as they are flat-out just trying to keep up with minimum payments. Do the math, it’s no wonder why.

It seems odd that while there are strict responsible lending guidelines in place for most types of loans, there area still some lenders that will provide credit at very high rates to very venerable people all in the name of profit. I know that people need to take responsibly for their actions, but from what I’ve seen some of these lenders are just damn right predatory and it needs to stop.

Running on the assumption that if you give people money they will spend it, lending behaviour is a part of the problem.

I want it and I want it now! This seems to be the way most of us think these days.

There’s really no such thing as deferred gratification anymore. If we want it we buy it, even if we can’t really afford it and the availability of quick and easy credit makes this all possible, possible at a price of course.
Payment methods like “tap and go” really do change spending behaviour. Let me ask you a question, when you buy something by just waving your card over a box does it feel like you’re spending money? Not really right? It’s so easy… you pick up the item you want, do a little magic swipe of your card and presto. The problem is you did just spend money and possibly money you didn’t really have to spend.

Now let me ask you another question; imagine you were paid in cash and had no credit cards. You walked into a store and saw something you wanted, not needed, just wanted. You then pulled out your wallet and physically handed over the notes, knowing the whole time that that was all the money you had to live on until next payday, would you think differently about that purchase? You bet you would!

You see that’s a part of the problem, money doesn’t feel like money anymore and people often spend far too much because it’s easy to forget that at the end of the day you need pay the bill with either money you have or money you borrow.

It’s no longer of question of if I can afford one, it’s how many do I have?Today it’s quite common to walk into a house full of new furniture with a television in every room, bathroom included. Is it any wonder the older generation roll their eyes? You see they were brought up in a generation where if you wanted something you saved up for it. Most people didn’t have ten credit cards and nineteen store accounts. Saving up for something like a house or car meant sacrifice, it meant only buying what you needed with money you had. Now we buy things we don’t need with money we don’t have and wonder why there a problem with house hold debt levels.

Subscriptions are another issue. Most of us have a number of these, Netflix, Spotify, the list goes on. While individually the amounts seem small, added together they can mount and once again, its real money being spent each month that most people don’t even think about.

Please don’t think I’m saying we shouldn’t have things we want, or become Mr Scrooge all of a sudden, I’m just saying that the way many people think about “stuff” is a contributing factor in increasing household debt and economic stress.

There are other factors that are contributing to this growing problem such as the ever-increasing cost of living, have you sat down lately and worked our how much you need to earn just to cover the basics like food and power etc.? It’s scary and if more people did this I think they would see just now little disposable income they really have. No problem though right, wack in on the card. Just remember these cards have teeth and they can bite.

While the government likes to talk up how good things are the fact is we have very high property prices, stagnant or even retracting wage growth, very high household debt and low interest rates. Sounds a bit like a perfect storm doesn’t it, remember that tsunami I mentioned earlier?

I’m not saying there’s gloom and doom on the horizon, but we do have a number of factors at play that could be problematic such as an interest rate increase or a hit to property values, so it’s important to have a good understanding of your cash flow and to only spend what you can afford to.

Don’t let that credit card that is burning a hole in your pocket turn into a real fire.

We are often asked what the difference is between a debt settlement and a debt agreement. As there seems…

Debt is not a four-letter word.

A loan shortfall doesn’t need to cost you or your client, the director of DebtX Mediation Services explains

Spend like your grandparents to get through difficult times.

Let me take you back to a time before credit cards, before tap and go, before the whole “buy…

Protecting your credit file through the Corona virus.

Unfortunately many people and businesses are going to struggle over the coming months, while we would all like to…

How to help your struggling client